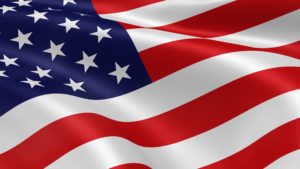 It is my view that when “We, the People” actually understand what we have lost, we will fight to get what was stolen back.

If you have experienced being robbed, you know the sick feeling in the pit of your stomach. You are shocked that this personal violation happened to you. You want to report it to the authorities. You want the stolen items back and you get fighting mad. You want the thief put behind bars!

Our American democracy has been stolen. If we believe that in a democracy or a republic, the power of governing is in the hands of those being governed, by electing representatives and exercising our vote, then democracy is over in the United States.

In a joint study between Princeton and Northwestern Universities, Martin Gilens and Benjamin I. Page analyzed 1,771 bills passed by Congress to determine who was really in charge of our government. Surprise, it wasn’t us. They stated: “…  the average American appear to have only a minuscule, near-zero, statistically non-significant impact upon public policy.” Policy is dry stuff but all important in a democracy. Whether or not a pothole is filled in a street is based on policy. Someone somewhere decides where money gets spent. That’s policy.

A truly disappointing fact is many of us believe we are patriots and yet hold Libertarian values. Libertarianism is the opposite of democracy. Libertarianism is a political view that espouses freedom and autonomy and the primacy of individual judgment. Sounds good, right? Those are very appealing words. Scratch the surface and think about what those words mean.

Basically, those who are Libertarian want to have the freedom (no restraints/regulations) to do and say (primacy of the individual/abuse of free speech) what they want without ramifications (autonomy/no laws). Libertarianism should be spelled, c-h-a-o-s. If chaos is what you are feeling today in America, then Libertarianism is at the root.

Democracy is all of us coming together to govern ourselves. To do that, we created a government to manage and coordinate the welfare of the people. Libertarianism, selfishly, is only concerned with the individual. I’ve got mine; now you just try to get yours. Health care? Forget it. A $15/ hour minimum wage? Nope. Free college tuition? Phooey on you. Tax for infrastructure projects? Nope. Taxes to run cities? Nada. Taxes are evil. Really? Do you want a civilized society? The answer for Libertarians is … no.

If you feel you’ve lost the country you once knew it’s because you did. Its been stolen by Libertarian tenets of personal selfishness and greed.

What is the answer? Don’t vote, or support, candidates and businesses that espouse these selfish values! Don’t vote for billionaires or those who think they are superior and believe they are a great success and have done so all by themselves … even those inheritance babies (Trump/Waltons/Kochs) They possess delusional egos and should not be elected to any office.  See them for the manipulators they are. They do it to make money and it is more of your money that they want. As Charles Koch said: “I want my fair share; and that’s all of it.”

Libertarians want to privatize everything. In a democracy, we own The Commons that are assets and services we could not accomplish without working together. Police and fire departments. National parks. Sewage treatment plants. Regulations to keep our water safe and our buildings from falling. The formula is, if a buck can be made off of The Commons, then demonize the taxes that maintain and manage them and pontificate that government should be run like a business. Hogwash.

Vote for candidates who want to serve and not those who are interested in self-service. How do you know that a candidate is one who is motivated by service? Ask yourself, do they exemplify making “sustaining” decisions and choices, not ones that will siphon resources and money from you and society? Ask yourself, do they exemplify constructive, creative and compelling behaviors and ideas or do they propagate destructive, disruptive and repelling ideas and actions? You may not know a candidate, personally, but you can review their track record. Stay away from siphoning, repelling, destructive and disruptive people. They are the ones who will rob you.