Below is a recent video interview explaining that the current state of our American democracy is in CODE RED.

I began the research for my book four years ago. As a political scientist, I saw our American democracy slowly slipping away for years. I wanted to know how the most powerful democracy created was slowly disappearing? In America Abandoned, I identified four decades of people and events that led to the corporate and authoritarian-billionaire takeover that everyone, whose paying attention, is aware of today.

Now, our democracy is at the precipice of being erased from history.

Fox News is already calling Thomas Friedman’s observation and article “red meat for liberals”, but Thomas Friedman is known as a nonpartisan! He has a demonstrated career of gathering all the facts and relating them to his readers fairly. I guess the rightwing will never see the truth and that is exactly why our American democracy is in CODE RED! We need them to realize that living in their closed tribe and ideology of the Republican Party and Fox News is killing our country and everything it has stood for through two centuries. Please, Republicans, wake up before it is all gone. I don’t want to live in an authoritarian regime. Do you?

“We’ve become now an oligarchy instead of a democracy. And I think that’s been the worst damage to the basic moral and ethical standards of the American political system that I’ve ever seen in my life.” President Jimmy Carter, September 2015.

“The American people have been abandoned: the big corporations, the uber-rich, the media, and the government have withdrawn their support from We the People”– Thom Hartmann, nationally syndicated talk show host and bestselling author 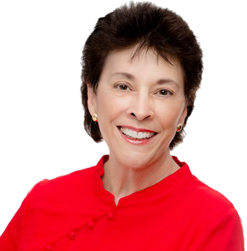 A powerful moment in our lives happens when we first realize we have lost something … something of great value.

We are stunned. We feel empty inside. We feel betrayed. We want it back. When we once realize our loss, we hope to get what we lost back, and then take immediate action to make that happen.

Sometimes we have to lose something before we can understand its value.

When we realize how America has been abandoned, we will take laser-like action to recapture our country from those who want us to abandon it to them.

Jill Cody skillfully and insightfully reveals the clandestine attempt to undermine our rights and freedoms, and the desperate need to recapture our Democracy, by revealing the concealed, insider wealth and political secrets that are stealing our freedoms and desensitizing our patriotism.

Jill is available for radio and television interviews.

She has a lively and enthusiastic personally and presents her thoughts in a clear and concise manner.

At a National Publicity Summit in New York, Jill was invited to be a columnist on OpEdNews. It is a progressive website founded in 2003 and is a source for truthful, community-discussed news the corporate media may not cover. Click Here
We use cookies to ensure that we give you the best experience on our website. If you continue to use this site we will assume that you are happy with it.OkNoRead more