“I have always admired Jill’s talent, savvy, and great leadership! Besides, Jill has a terrific personality and is a great writer and amazing speaker!” – Angie Alfaro 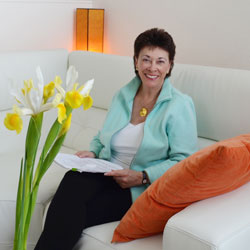 As a citizen advocate and author, Jill’s 31-year career in public service, was imbued with a life-long passion for knowledge and a will to inspire change in politics, the environment, higher education and organizational development.

Jill was personality trained and authorized by vice president Al Gore to share his astonishing “An Inconvenient Truth” presentation with schools and community groups across Silicon Valley. This revolutionary information caused Jill to realize America’s abandonment, not only of the planet, but in many other important aspects of society.

America Abandoned ~ The Secret Velvet Coup That Cost Us Our Democracy, explores the myriad ways abandonment is unknowingly permeating the lives of the American public and what “We, the People” can do to reverse this course.

Jill earned a master’s degree in public administration from San Jose State University’s Political Science Department and was named distinguished alumna in the College of Applied Arts and Sciences. Jill is proud to serve on the university’s Emeritus and Retired Faculty Association Executive Board.

Hi there. My name is Jill Cody. Welcome.

I want to tell you a brief story but before I do that, I’d like to ask you a question.

Have you ever felt like someone you loved let you down over and over again … someone who was suppose to love you too? I first experienced this feeling, like a hole in my soul, at a very young age and abandonment became a theme throughout my life.

I attended seven elementary schools always being the new kid in school and, after each year, forced to abandon any friends I had made, the school environment to which I had grown accustomed, and any teachers I’d grown to like as my father pursued his doctoral and teaching career.

Also, when I was six years old, I experienced a disaster that would terrorize me every time I went to the hospital. I was so little, yet I needed to undergo a medical procedure on a regular basis.  I desperately wanted my mother to be there with me but she never would go.

Fast forward to a couple of years ago when my mother passed away. At that time, my stepfather told me something I never knew about her. It was that her mother and her grandmother allowed the most horrible things to happen to her, all of which are too graphic to share. Much of the problem was that in the 1920s there were no federal safety net programs to protect vulnerable women and children.

It was her mother and grandmother’s duty and responsibility to care for her. Instead, they let her down, repeatedly. They abandoned her personal and emotional safety in a way from which she never could recover. She became an adult who didn’t like people and was fearful and suspicious.

Because of that upbringing, I grew up with a mother who abandoned me emotionally; she could not hug or tell me she loved me – I felt an empty hole in my heart – a yearning for love and connection. I learned at an early age to adjust my needs to her expectations.

Moving forward, I chose a career in public service, a profession which provided me that strong sense of connection I had been seeking and, serving the public, is about not abandoning each other and not abandoning community. It felt wonderful to have programs to run and people to serve. Since I never had a voice in my family, I wanted to be ao voice on the public’s behalf.

For a few years, I felt needed and useful. Then, Ronald Reagan said nine words that pitted the American public against their own government … overnight. He said the most terrifying words he’d ever heard were: “I’m from the government and I’m here to help.”

But, I was there to help!

Suddenly, I became regarded as a second-class citizen, someone the public no longer trusted. It broke my heart. I then spent the balance of my career often being verbally attacked at public hearings, and meetings. I felt abandoned again but, this time, by the very people I cared about and wanted to serve.

What Have We Done?

Jumping ahead, I experienced an epiphany when my father and I saw the movie An Inconvenient Truth. I realized that, collectively, we were abandoning our planet. As a country, we were not taking responsibility for our actions in destroying our atmosphere that sustained all life on earth … including us. I sat frozen in my chair, with a pit in my stomach. When the movie was over you could have heard a pin drop.

I asked myself … What have we done? What are we doing?

I thought of my son. I was panicked by the future he might be facing and thought about whose responsibility it was to change course. Then, I realized that our decision makers, power brokers and politicians were abusing their positions of power and had abandoned their duty, allegiance, and responsibility for our collective future survival.

For years, I have been puzzled by the contempt and scorn the Republican Party held for Democrats. I was dismayed and disheartened by the Democratic Party appearing weak and unable to communicate its principles to the public. Animosity and ideology permeated our society and now, tragically, our country is divided more than ever.

Abraham Lincoln said, “A house divided against itself cannot stand.” What terrified me was seeing our nation no longer standing together but, instead, attacking each other; being that divided house President Lincoln warned us about. Our corporate media promoted the divide through pushing political opinion and infotainment instead of investigative reporting and then abandoned real news and news bureaus around the globe.

If we don’t find a way to see each other as anything else other than permanent adversaries then what hope is there that things will not just get worse? Finding common ground despite or even because of our differences is the only path out of abandonment.

Slowly, like a spider on my skin, it crept up on me and I began to feel a huge responsibility, a calling, to do something about it. I could not sit on the sidelines any longer.

A Citizen Advocate Was Born

I wrote America Abandoned ~ Time to Take a Stand and Take Back America because I did not realize how much I valued this country until I witnessed it slipping away.  I had a deep, resonant feeling inside that I needed to find out what happened to the country I now realized I had always loved and saw evaporating before my eyes.

Abandonment is forsaking our duty, allegiance and responsibility in the life roles we play. Will those roles be constructive and compelling or destructive and repelling to the American Dream?  What could we each do to recapture and reignite that dream? I started to see the invisible force of abandonment everywhere and that there was, in fact, no safety net for America.

The only safety net for our country is you and me.

Think now how you may be part of America’s safety net?  Are you willing to put aside any animosity or ideology that is destructive to the American Dream?  Can you promise to not abandon America?