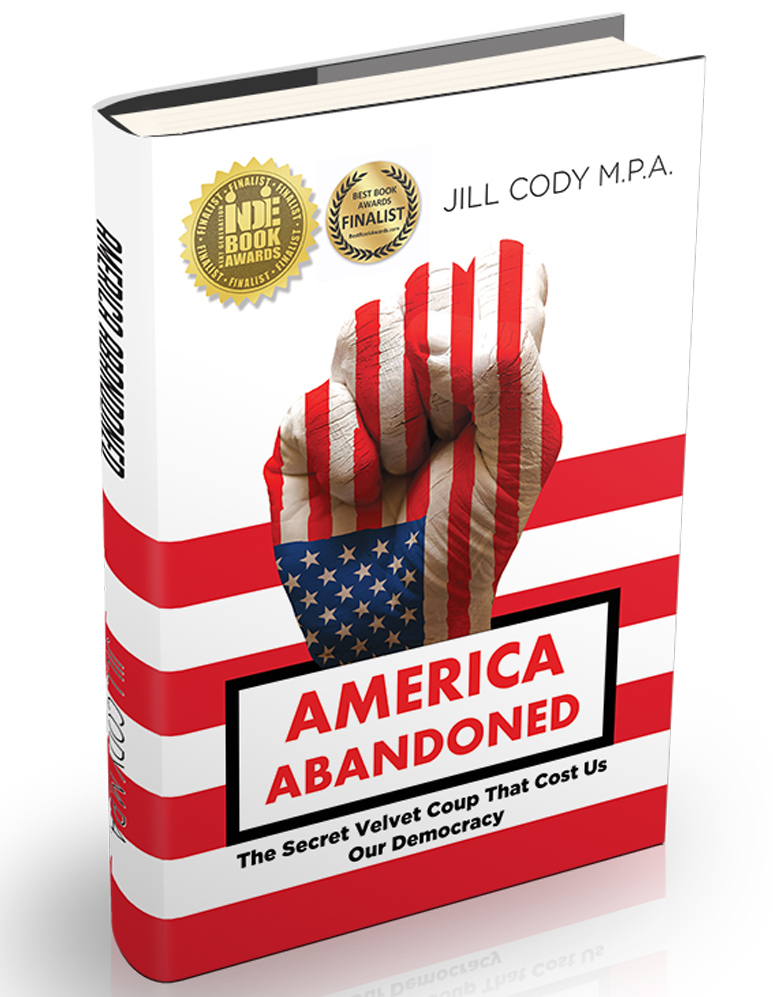 The American people have been abandoned. Behemoth corporations, the uber-rich, the media, Congress, and the Supreme Court have withdrawn their support from “We, the People”, in spite of their duty, allegiance, or responsibility to American citizens.

Billionaires and corporations are flourishing as they abandon loyalty to employees and American citizens. The same wealthy people and corporations are hoarding billions of dollars offshore to avoid paying taxes while privatizing their profits and subsidizing their losses. By doing so, they are intentionally abandoning their civic responsibility for the obscene accumulation of profit, and are impeding the government’s ability to serve the public good.

When you read this eye-opening expose´, you will discover:

Jill Cody, a well-known, influential educator, consultant and advocate, presents an expanded view of abandonment to illustrate how this calculated crisis is destroying our democracy. This book’s optimism speaks to the hope that, when we realize we have lost something of great value, we will fight to get it back.

After reading America Abandoned, you will know it is time to take a stand, be bold, and recapture our democracy.

and wherever books are sold.

America Abandoned ~ The Secret Velvet Coup That Cost Us Our Democracy

Preface: The Beginning of Abandonment: My Story and Personal Insights.

Introduction: Are We All Frogs?

Chapter One: We, the People, Have Relinquished Our Rights to the Rich.

Chapter Two: The Battle of the Titans: The Patriotic Rich v. the Contemptuous Dictators.

Chapter Three: The Velvet Coup Is Happening to You! Part One.

Chapter Four: The Velvet Coup Is Happening to You! Part Two.

Chapter Eight: Sustaining Citizens: We Are the Government.