Years ago, maybe fifteen or so, I realized that the corporate media had abandoned real news. This revelation came to me when The News Hour on NPR shifted from analyzing stories and asking profound questions in their interviews to merely inviting two talking heads to present their points. Even more disheartening, many times, I observed a false equivalency between the two positions discussed. 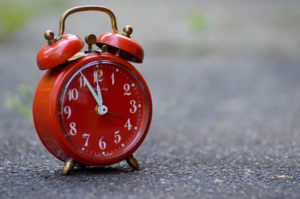 What is false equivalency? For the sake of example, let’s say both guests are there to discuss the climate crisis. One individual represents 97 percent of scientists and world analysis, while the other represents the remaining 3 percent, the opposing opinion, tossing out a bit of some convoluted science in the process. While the latter is obviously skewed, the news anchor gives deference to each, as if both opinions are 100 percent valid. After The News Hour put out an ad where they proudly proclaimed, “We discuss the issues…and you decide,” I had no interest in ever watching the program again. Why? Because false equivalency isn’t really equivalency at all!

A viewers-decide mentality is not science, and it is certainly not good journalism. Anyone could perform such a twisted experiment. I, myself, could easily invite two people, let them have at it, and just sit in my chair like a bump on a log. Nowadays, much to the intelligent viewer’s chagrin and dismay, it seems every corporate news anchor employs this tactic, relying on prepared initial questions. Journalism is finding the facts for us!

Where a void exists, something will always squeeze in to fill it, no matter how square the peg. Today, we are all scourged daily with so-called “fake news.” In fact, this has become such a boy-who-cried-wolf conundrum that no one knows what to believe anymore. Facts and reasoning have been abandoned. Real journalism has gone extinct. That said, I have spent years seeking news sources I know I can trust, those like The Guardian, The Intercept, Thom Hartmann’s podcast and TV show, The Ring of Fire podcast, and OpEdNews just to name a few.

Most people are not even aware that several years ago, so-called journalists operated under a long-held professional principle: There had to be a firewall between the News Department and the rest of the business. The news was never to succumb to the vagaries of sponsors and advertising, because those influences could bastardize information. News Departments, whether print or television, were considered “loss leaders,” never meant to make a profit. This ideal prevented any pressure for journalists to cover or not cover certain subjects. What if Brawny, that paper towel producer incidentally owned by the Koch Brothers (quite ironic, though I’m not sure how well Brawny cleans up oil spills), didn’t like a story on the fossil fuel industry?

That ever-popular 60 Minutes was responsible for breaking down that firewall, and voila! Now, news was a profit-making business all its own. Subsequently, all the walls throughout the mass media came tumbling down, and within just a few years, decades of work to protect the news evaporated in the debris of those toppled walls. “Viewer decides” became “viewer researches.” Now, the viewer has to research everything, absolutely everything, consulting the oracle known as Google and various other sources, none of which we can absolutely trust 100 percent. It is an impossible position to put us in because we have a finite amount of time to contribute to research on a daily basis, yet we all hold differing abilities to analyze for ourselves every issue on the planet.

While corporate media has recently been demonized as “lame-stream” or “liberal,” it is really only a corporation, a legal vehicle to make a profit. MSNBC may lean a little left, but viewers won’t be privy to stories there on net-neutrality. Why? Because the MSNBC corporate owner is lobbying for methods to privatize the internet and, thus, bulk up their bank account. One will never see a credible story on President Obama on so-called Fox News because of the network’s ideological position; and by the way, ideology is the opposite of news.

The industry—and yes, journalism has become an industry in every sense of the word—has abandoned their responsibility to the Constitution, to the country, and to the citizens. It has now reached the point where we are forced to dig up our own news from independent outlets, those outside the United States. For real news-seekers (and it’s with great sadness that I offer this advice) I encourage you to go online and travel outside our borders. Check out the BBC, The Guardian, RT Television, and Free Speech TV. Find a couple resources you can trust, because this research you are now forced to undertake is imperative to your life, especially when you are pummeled daily with steaming piles of fake news from every direction.

A quote attributed to Mark Twain, however, no one knows for sure (I did my research!) makes my point: “A lie travels around the globe while the truth is still putting on its shoes.”