I hate seeing articles like the one recently written On the US Postal Service by the Associated Press that they recently distributed to news desks nationwide. It briefly mentioned that the Postal Service had to default on payments for future retires as if this constitutionally mandated (Article l, Section 8, Clause 7) service was being mismanaged, but it’s not being mismanaged. Do you know why it can’t make ends meet? It was set up to fail on purpose! 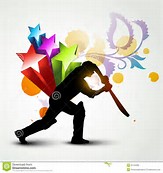 On December 20, 2006 the Republicans, in their lame duck Congressional session before the Democrats took over, forced through a bill that required the Postal Service to put into a savings account enough money to pay for all of its retired workers’ health benefits 75 years into the future. 75 years! In other words, the Post Office is saving money right now to pay for the health benefits of people who haven’t even been born yet! This is something so massively stupid and destructive that no other business or government agency, on earth, has ever had to do it or even considered doing it and it’s why the Post Office has been in the red every year since the law was passed in 2006.

Right now, because of this law, our neighborhood post office is banned from doing pretty much anything else besides deliver mail. It can’t, for example, offer notary services, it can’t cash checks, and it can’t deliver alcohol. It also can’t offer its customers basic financial services, something that would go a long way towards undercutting the payday loan sharks who prey on poor and working-class Americans. How are they solving this massive problem created by a Republican lame duck Congress? By letting the Postal Service raise the price of stamps. Making us pay more, but the Postal Regulatory Commission does nothing about the 75 year onerous retirement savings plan for postal workers who haven’t yet been born. Ultimately, the question of whether we want to have a profitable, innovative post office is a subset of the question of whether we want our government to succeed at anything, ever.